Coyame del Sotol, Chihuahua, is a small Mexican town (population 710) located an hour’s drive from Presidio. It is the closest Mexican town to the site of a reported mid-air collision between an airplane and a UFO on August 25, 1974. A strange object traveling at 2,000 miles per hour crashed into a small plane that was headed south to Mexico City, causing both aircraft to fall to the Chihuahuan desert below. The crash ignited a desperate race between two governments to recover the crashed UFO. This case is known as “Mexico’s Roswell” and has been featured in several television documentaries and in a book, Mexico’s Roswell by Noe Torres and Ruben Uriarte.

Coyame is also known for one of Mexico’s most beautiful, publicly-accessible caverns, Grutas de Coyame. More information (in Spanish) is at: http://www.chihuahua.gob.mx/turismoweb/Contenido/plantilla5.asp?cve_canal=10899&Portal=turismoweb.

The route between Presidio and Coyame is shown below. 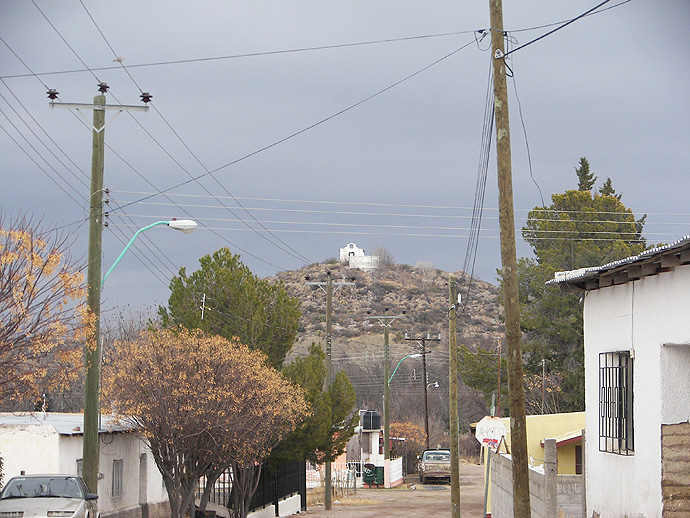