A Brief History of Presidio 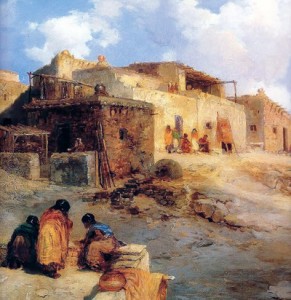 The junction of the Conchos and Rio Grande rivers at Presidio was settled thousands of years ago by hunting and gathering Indians. By 1200 AD, the local Indians had adopted agriculture and lived in small, closely knit settlements, which the Spaniards later called pueblos. 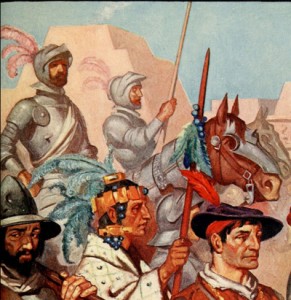 The first Spaniards came to Presidio in 1535, when Álvar Núñez Cabeza de Vaca and his three companions stopped at the Indian pueblo, placed a cross on the mountainside, and called the village La Junta de las Cruces. On December 10, 1582, Antonio de Espejo and his company arrived at the site and called the pueblo San Juan Evangelista. By 1681, the area of Presidio was known as La Junta de los Ríos, or the Junction of the Rivers. There were five Jumanos towns along the Rio Grande to the north of the junction, consisting largely of permanent houses. In 1683 Juan Sabeata, the chief of the Jumano Indian nation, reported having seen a fiery cross on the mountain at Presidio and requested that a mission be established at La Junta. The settlement in 1684 became known as La Navidad en Las Cruces. The missions La Navidad en las Cruces, San Francisco de los Julimes, San Antonio de los Puliques, Apostol Santiago, and Santa María de la Redonda may have been established on the Texas side of the Rio Grande at La Junta. 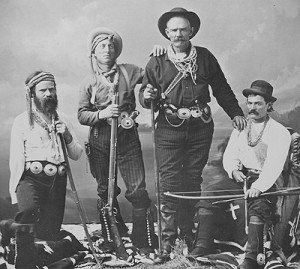 About 1760, a penal colony and military garrison of sixty men were established near Presidio. In 1830, the name of the area around Presidio was changed from La Junta de los Rios to Presidio del Norte. White American settlers came to Presidio in 1848 after the Mexican War. Among them was John Spencer, who operated a horse ranch on the United States side of the Rio Grande near Presidio. Ben Leaton and Milton Faver, former scalp hunters for the Mexican government, built private forts in the area. The handful of Anglo settlers who came to the region were assimilated into the Hispanic population and their descendants are primarily Spanish speakers today 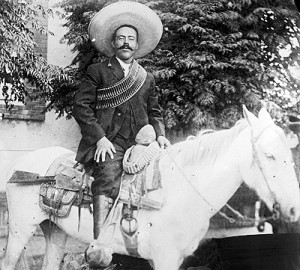 During the Mexican Revolution, General Pancho Villa often used Ojinaga as his headquarters for operations and visited Presidio on numerous occasions.

In 1849 a Comanche raid almost destroyed Presidio, and in 1850 Indians drove off most of the cattle in town. A post office was established at Presidio in 1868, and the first public school was opened in 1887.

In 1897, President William McKinley appointed George B. Jackson, an African American former buffalo soldier as customs collector at Presidio, a position that he held until his death in 1900. Jackson, a businessman from San Angelo, was considered the “wealthiest colored man in Texas” in the second half of the 19th century. 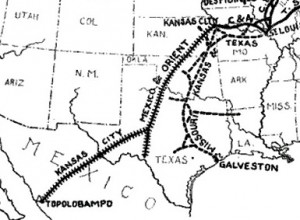 In 1930 the Kansas City, Mexico and Orient Railway reached Presidio, and the town incorporated. The population grew from ninety-six in 1925 to 1,671 in 1988, but the number of businesses declined from seventy in 1933 to twenty-two in 1988.

At the end of 1988, Presidio experienced a population boom, due in part to previously undocumented resident aliens enrolled in the amnesty program. The population in 1990 was 3,422.

The 1959 movie Rio Bravo, directed by Howard Hawks and starring John Wayne and Dean Martin, used the Presidio area as its setting, although it was filmed in Arizona. Wayne played the sheriff of Presidio County. Numerous other Hollywood movies have been shot in Presidio and Presidio County, as shown in our “Movies Filmed Locally” page.

On August 25, 1974, a mid-air collision between a small plane and an unidentified flying object reportedly occurred in the desert approximately 50 miles from Presidio, an incident that is known as “Mexico’s Roswell,” which has been covered extensively in television documentaries and several books.

As of 2013, Presidio’s local economy is bolstered by employment at Presidio Independent School District, United States Customs and Border Protection, and local retail businesses. Formerly, Presidio was home to several truck-farming operations, focused mainly on onions and cantaloupes. Those operations ceased in the late 1990s.

In 2010, Presidio built the world’s largest sodium-sulfur battery to provide power when the city’s lone line to the United States power grid goes down. The battery received world-wide attention as reflected in these articles that appeared in National Geographic and in the New York Times.

Exactly How Old is Presidio?

According to the Handbook of Texas Online, “The surrounding area is the oldest continuously cultivated area in the United States. Farmers have lived at Presidio since 1500 B.C. By 1400 A.D. the area Indians lived in small, close-together settlements, which the Spaniards later called pueblos.”

While these first farmers were tending their crops in what is now Presidio, these other world events were going on: